Click here to edit the Social Media Links settings. This text will not be visible on the front end.

5 of Kitsap’s New Eateries You Need to Try 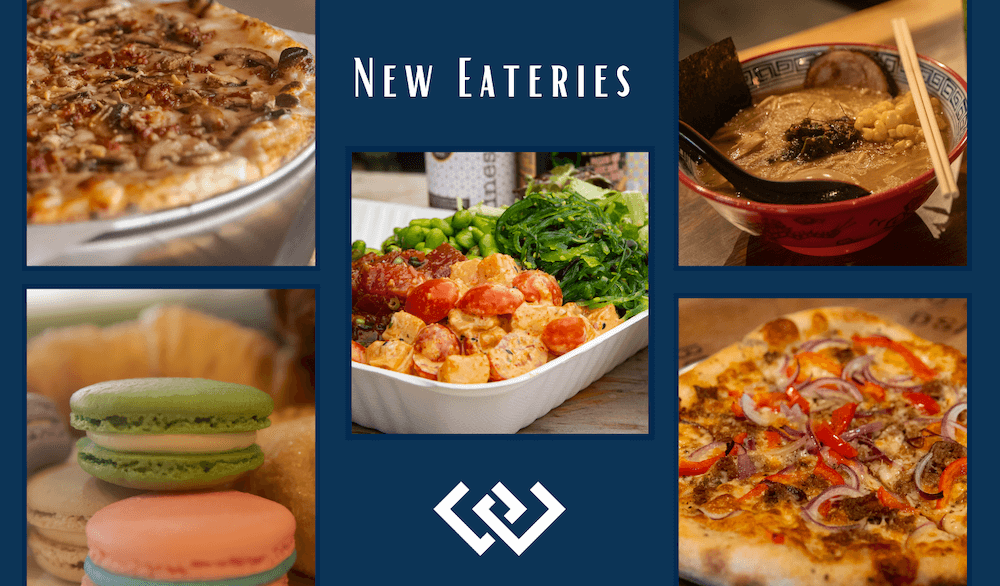 In case you missed our social media coverage, we’ve been featuring great, local eateries that have opened during the pandemic. We wanted to highlight them all in one place so you can fully appreciate their unique stories. It was such a joy to chat with all of these local small business owners and we hope you try these delicious eateries. 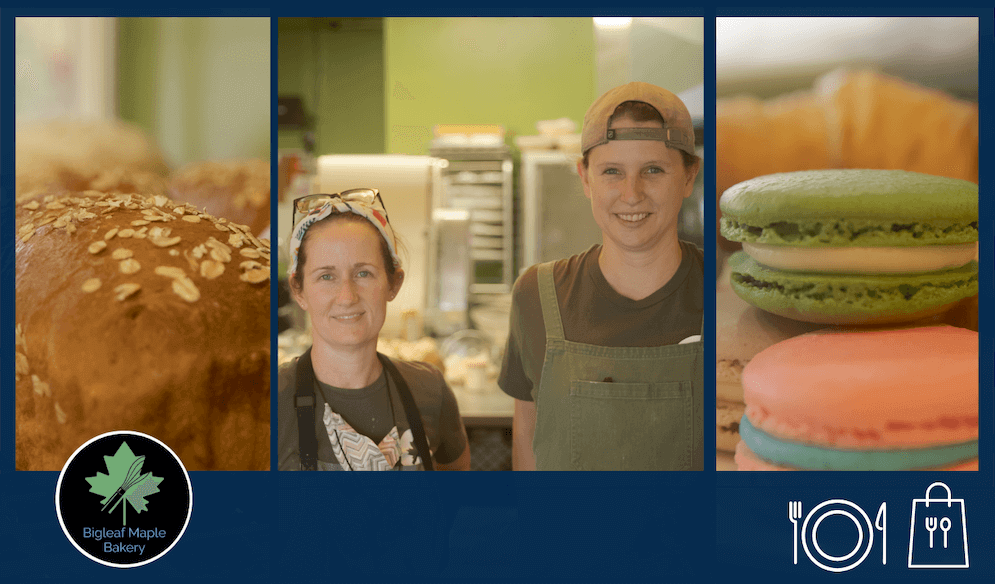 What do you get when you mix an archeologist and a choir teacher? Apparently, you can get amazing French pastries! Sarah and Wendi from Bigleaf Maple met three and a half years ago while working at Pane D’Amore on Bainbridge, and became “baking soulmates”.

“No matter where you think you’ll be, life puts you in different places,” they said of making radical career shifts, and then starting a new business during a pandemic. They started Bigleaf Maple in the winter of 2019, producing wholesale items in early 2020, like macarons for Bon Bon and fresh treats for the Poulsbo Farmers Market.

The bakery started out in a rented commercial kitchen space. As their fan base grew, they offered items for sale via social media for delivery at the beginning of the pandemic. Eventually, they opened their storefront in the late spring of 2021. They both said they love being located in Historic Downtown Poulsbo, allowing them to collaborate and support all of the other local small businesses.

It’s a wonderful place to start your day. Or, pick up some incredible treats for a special occasion!

Ono Poke Too in Kingston 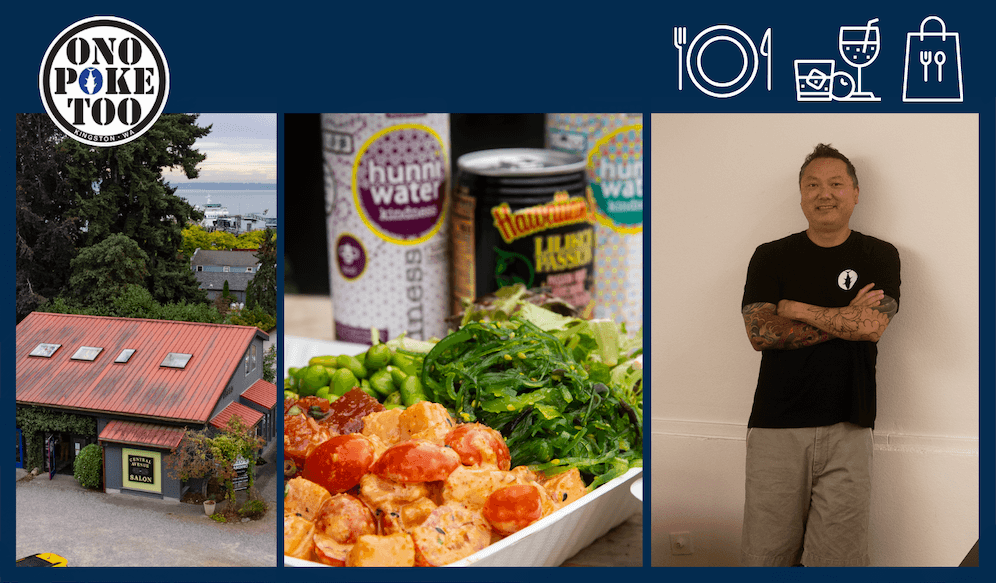 Poke is a way of life in Hawaii, and Steven Ono is bringing his culture and a new fresh food option to Kitsap through Ono Poke Too in Kingston. Growing up on O’ahu, Steven would race home from school to meet his uncle’s fishing boat to help clean the catch of the day, and take it to auction.

Open since March 2021, Ono has faced challenges, but it has been well-received by the community. Being embedded in the community is very important to the Ono Poke brand, and at the end of each day, any leftover food is shared with community groups via the employees, as EVERY dish is made fresh each morning. They also proudly offer discounts to military and first-responders. A rooftop patio and surfboard storage are on the wish list for additions to the space.

Their sister restaurant in Edmonds has been open for five years and serves more than 100 lbs. of poke per day.

Just a couple of blocks up from the Kingston Ferry Terminal, Ono Poke Too makes a delicious lunch or dinner spot and they have great drink options like Rainier Beer and Hunniwater. Check it out and enjoy! 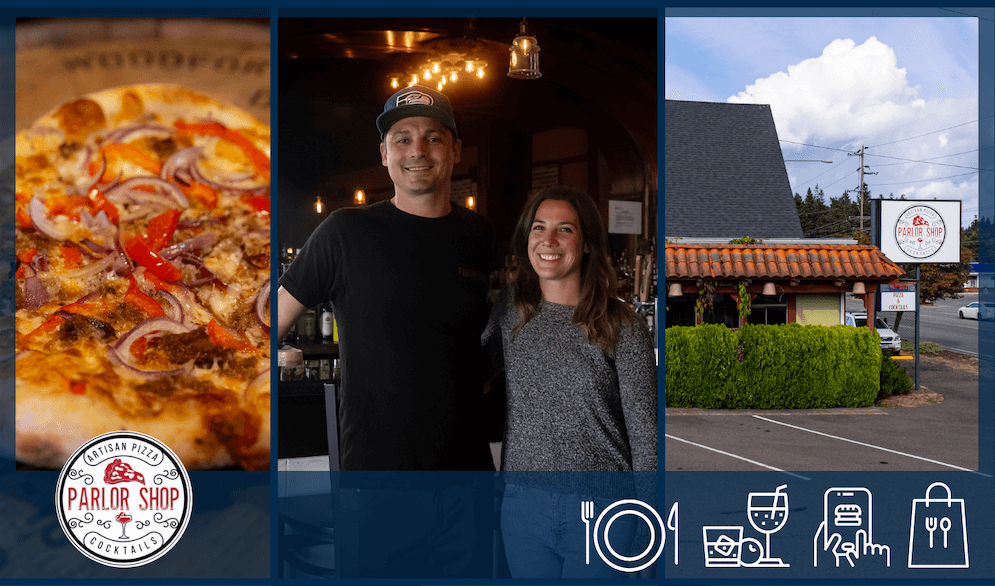 When the world opened back up in June 2020, Mike and Taylor were ready with their new restaurant: Parlor Shop in Poulsbo!  Before opening, Mike and Taylor had been hard at work renovating and curating the space and pizza menu – complete with a full-service cocktail bar. Their hard work shows in the comfortable lounge atmosphere and elegant bar design.

Mike and Taylor hope to host a community space centered around great food, drink, and company. “Every single day is a new starting point, and we’re trying to fulfill what we had envisioned,” says Mike, now on his second restaurant. For Taylor, who also boasts years of restaurant experience, “enthusiastic guests and repeat customers” is especially rewarding to see.

Nothing comes closer to realizing their Parlor Shop vision than live music. With tunes, pies, and drinks flowing, the community atmosphere shines bright, a beacon for the future of this new addition to the vibrant Poulsbo restaurant scene. Next time you’re heading down Viking Way, make a stop at Parlor Shop. Pressed for time? You can easily order online for carry-out.

The Slab Pizza Co. in Suquamish 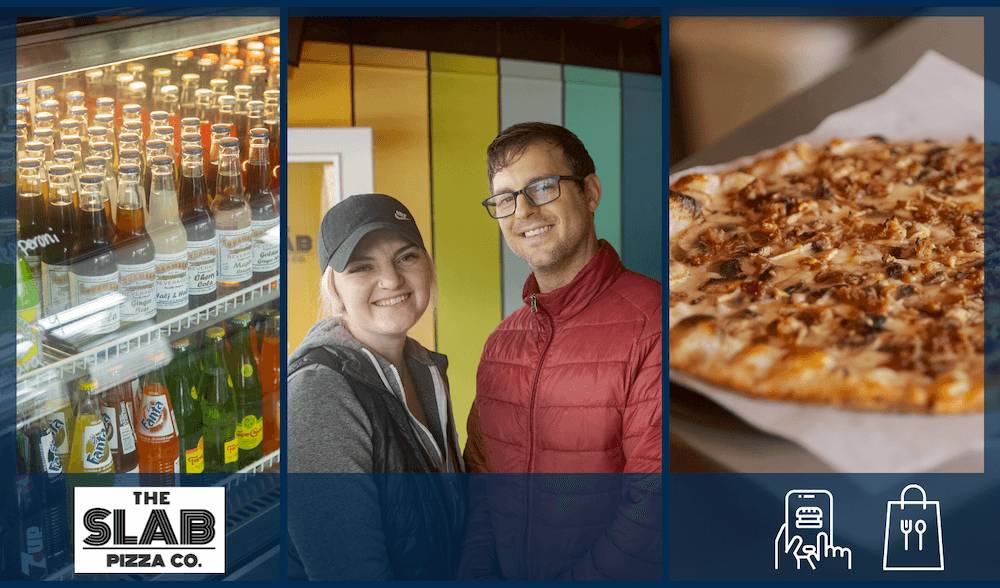 The Slab Pizza Company in Suquamish may be small, but it’s certainly mighty. Originally, “the slab” was a large cement basketball court known as a hangout for local youth, and one of the “spots to be” for fireworks. Having lived in the area since the 1990s, owner Drew Bateman chose the name to pay homage to the part of town that had the same name when he was growing up.

The interior of the shop is painted in rainbow colors, not just “because rainbows are cool,” but to show support for the LGBTQIA+ community. Drew hopes the shop can be a welcoming place for anyone who is from an underrepresented demographic. Being in Suquamish, and being on Native land is really special, and he is proud to be able to serve the community this way.

The Slab, which offers to-go only, opened in mid-June 2021, but the building was obtained in November of 2020. This is Drew’s second pizza restaurant – the first being Bene Pizza on Bainbridge Island. His background in restaurants began at Agate Pass Cafe, which was located across the street from the Slab, and he has been working with the same crew for almost a decade. He loves working with his great crew, which he says feels just like family. Plus, his daughter Chloe, who has been working with him in restaurants since she was 14, can be found behind the counter most days. Order online or stop by for a slice and an interesting soda! 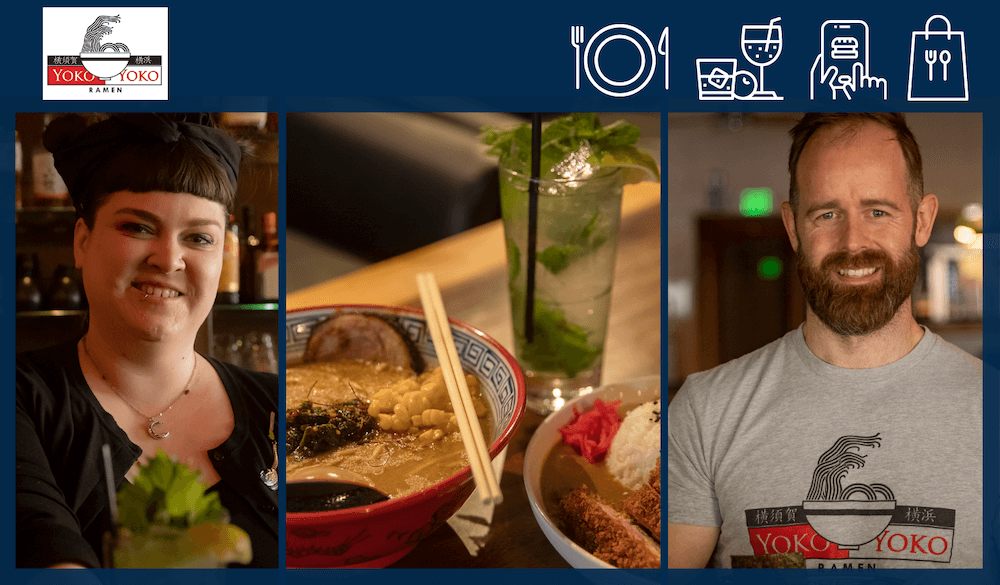 Great ramen starts with a passion for authentic cultural traditions, and James Johnson, the owner of Yoko Yoko Ramen, gained that from his time in Japan. While stationed there for the Navy, he attended the International Ramen School as a hobby, learning everything about ramen, including how to make all of the traditional ingredients, and how to open a restaurant. It wasn’t until he ended up in Kitsap that he put this knowledge to work.

The restaurant opened in April of 2021, with a bar expansion in June. Liz, the bar manager, also spent five years in Japan, and is thrilled to be able to create custom cocktails and bring Japanese ingredients to life in beautiful ways.

Johnson’s vision was to bring something to Kitsap that would fill a void for folks who have lived or spent time in Japan, a place for nostalgia and reminiscing, while also serving those interested in trying authentic dishes.

More recently, they are hoping to bring some of the “San Diego vibe” to Bremerton, to welcome families recently relocated to Kitsap with the arrival of the USS Theodore Roosevelt. Future plans include a traditional-style karaoke lounge, available for private events. They offer gluten-free, vegetarian, and vegan options, so grab your friends and family for a great lunch, dinner, or Happy Hour meet-up.

We hope you’ll try these wonderful places, and we can’t wait to feature a few more local businesses soon. So, stay tuned for more on our Facebook page, Windermere Sound Living. If you know of a delicious, new place here in Kitsap County, please let us know through our Facebook page and we might feature it.

Related Articles
Community Bundle Up & Enjoy These Outdoor Winter Activities in the PNW Just because it’s winter in the Pacific Northwest, does not mean you have to stay cooped up inside. Bundle up and explore our area! Here are some fun outdoor winter activities in Kitsap County and beyond! Chilly Hilly Bike Ride on Bainbridge Island This late February event has been an annual tradition for over 50 […]
Sellers Should You Renovate Or Sell Your Home As Is? You’ve decided to sell your home, so should you renovate or sell your home as is? As with all decisions, there are pros and cons to each choice. If you choose to renovate your home, it will most likely sell for a higher price and faster, but remodeling projects can be costly. And, some don’t […]
Community Greater Kingston Area Events to Enjoy Every Year The greater Kingston area, which includes Port Gamble, Suquamish, Indianola, Hansville, and Kingston, is home to many fun annual and recurring events. Here is a list to give you an idea of what this vibrant community offers in terms of festivals, live music, outdoor activities, and more. Annual Events in Spring and Summer  Story Walk: […]

Thank you for your inquiry.